As the matter of the fact, when it comes to spending holidays abroad and getting the luxurious experience you can ever have, there is only one name that comes in mind, and that’s Dubai. People tend to mark Dubai in their calendars as one of the best places to visit as a new year resolution. Dubai is a city in the United Arab Emirates (UAE) that is considered as a tourist hub for the visitors. It is famously known for luxurious shopping, a lively nightlife scene, and highly detailed and modernly designed architecture. It has the biggest tower in the world, Burj Khalifa. It is a tall tower of 830m which is pointing the skyscraper-filled skyline. This tower is the mega tall tower in the world. At the bottom of this tower, is located a beautiful Dubai Fountain, that includes jets and lights that dance to music. Dubai includes the palm, artificial islands, a resort with water, desert safari and marine-animal parks. 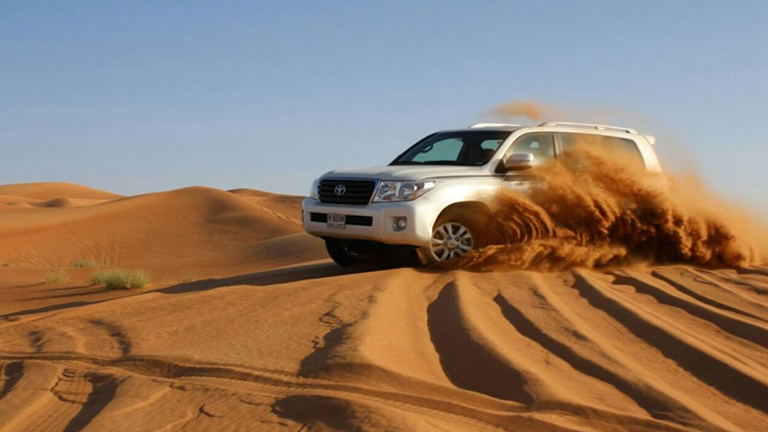 Desert Safari: Get the Real Desert Experience:
If you’re looking for a desert safari experience, traveling on camels, checking on the jumbo jeeps, wanting to taste the mouth-watering barbeque dinner accompanied by a belly dancing performance. feeling like an Arab and experiencing the heat in a way you never knew you would, then this place is for you. The desert safari is the ultimate travel experience for the visitors where they get to explore all such things in a way, they never thought they would. 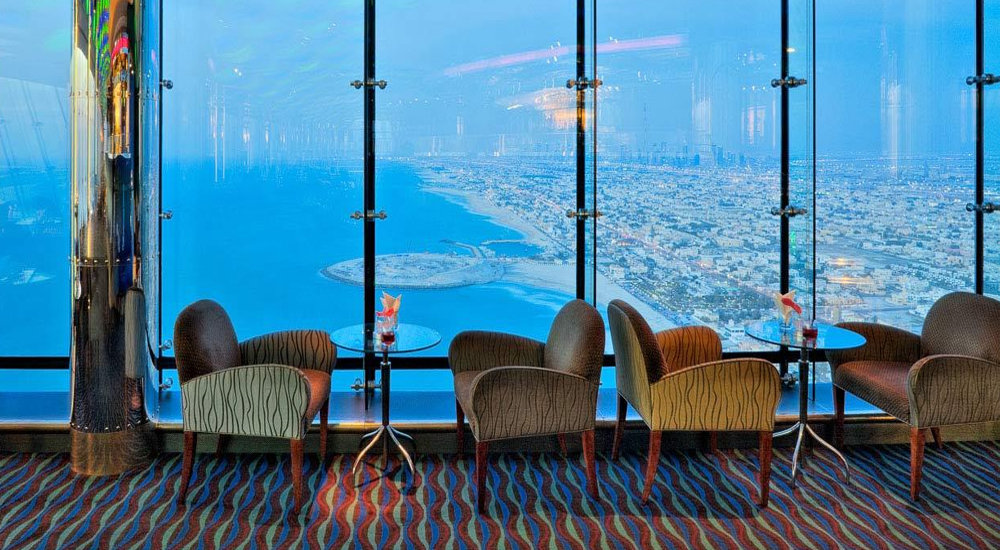 Dine in Burj Al Arab: Epitome of Luxury in Dubai:
If you want to have a luxurious experience inside a hotel, then this is the place for you. Burj Al Arab is a luxurious hotel located in Dubai. This hotel is so luxurious that it even describes itself as the most luxurious hotel in the world. It consists of one of the best fine dining restaurants in the world, but it must be kept in mind that prices there, aren’t cheap. The restaurant there looks like “the oyster shell”. It consists of a mesmerizing atrium, a fountain, escalator, and a clear beautiful view of some of the hotel’s rooms, that are outlined in different varying shades of blue and green the hotel look is a sail-shaped glory, sitting on its own island, connected with the rest of Dubai’s mainland by a long driveway.

Dhow Cruise:
When it comes to restaurants in Dubai, people get to hear a lot about experiencing having dinner on a wooden vessel, and this is exactly what dhow cruise is all about. Dhow cruise is a wooden vessel, that was later turned into a floating restaurant, with a buffet dinner, filled with lights and music. Just imagine doing dinner over there with cool night lights and music along with it. It also has dance shows and a delicious BBQ buffet dinner.

PALM JUMEIRAH:
Palm Jumeirah is a tree-shaped island in Dubai, that is known for its glitzy hotels, posh apartment towers, and upmarket global restaurants. Visitors can explore food trucks that serve different delicious Arabic foods like shawarma, falafel etc. Its popular for its views of the Dubai coastline and consisting a sail-shaped Burj Al Arab hotel. It includes beaches, a lot of pools, that have turned into nightclubs with the DJ music on 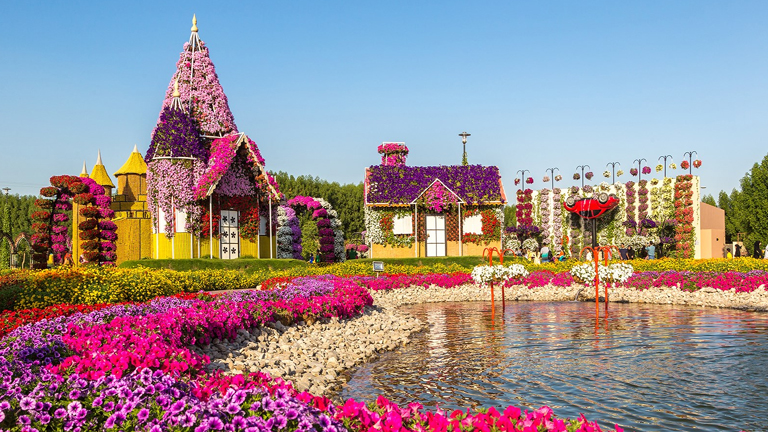 The Miracle Garden:
In Dubai, there is a beautiful flower garden called the Miracle garden where people from all over the world come to take pictures and make memories. It is known that this garden was officially launched on the valentine’s day back in 2013. With more than 250M plants and 50M flowers, it is known as the biggest natural flower garden of the world.